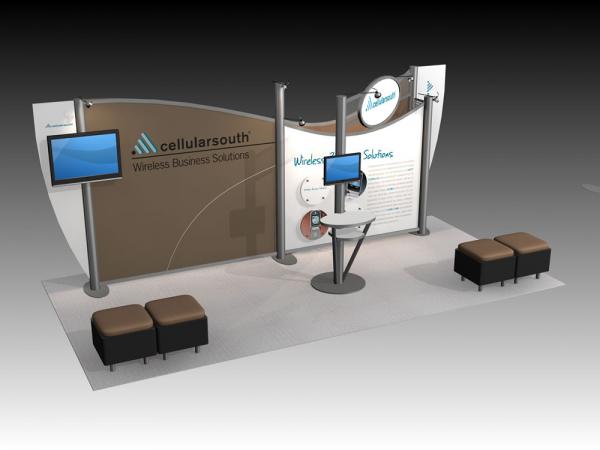 Do inlines get a bad rap just because they are not corner booths?

Taking out other variables, such as whether you face the entrance or the back of the convention center, is the corner space always the best?  I have always been of the opinion that any booth that has multiple aisles has to be better but, after my discussion, I am not as convinced.  If the overall size of the booth is not a factor, perhaps having a controlled way of getting people in and out of the booth is not so bad, not to mention people who like to park at your sitting areas that you have on the aisles, just to take a load off (don’t even get me started with that topic of conversation).

With the array of inline booth options, they may be getting a bad rap simply because of the aisle contingent.   So, I would not be putting inline booths in the ‘second citizen’ category.  They are quite plentiful, and if you do your marketing appropriately, and have great graphics in your booth display, there may be something to be said about having an inline booth.

Not that I am saying that I will give up on corner booths entirely – but I may do a double take if an inline booth is available.

Lisa Apolinski is a writer and blogger, and has had the pleasure of being a trade show manager for over 10 years.  She currently lives in San Diego, close to the convention center.

Lets make something awesome together.

Our comprehensive online tool allows you to manage your exhibit assets online, 24 hours a day, 7 days a week. This cloud-based system gives your entire team the ability to centrally coordinate all exhibits and events while closely managing costs.